Simon first experienced Buddhism whilst travelling through south and south east Asia in 1992, learning meditation at Kopan monastery in Kathmandu. Since that time he has practiced with most of the mainstream Buddhist traditions- although since 1999 his main practice has been within the Japanese Zen tradition. He also has an interest in non-dualism and the teachings of the Advaita tradition. Simon has taken refuge in the Tibetan Kagyu tradition and has received lay ordination in the Soto Zen lineage. He is Chairman of the Trustees of the Oxford Zen Centre and Buddhist Chaplain to the University of Winchester. He is also a member of Zen Peacemakers and the Buddhist-Christian Society. In another role, Simon is Reader in Archaeology at the University of Winchester where he teaches largely on the subjects of religion and ritual, church and monastic archaeology and the Archaeology of Buddhism. He is currently writing a book on medieval hermits. Simon is a Fellow of Society of Antiquaries, the Royal Historical Society and the Royal Asiatic Society. 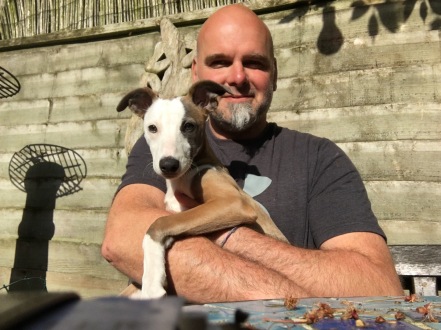 Formerly a lecturer in dance at the University of Winchester, Suna is an artist working with painting, found objects and ceramics.  She has taught meditation at the Point, Eastleigh, and for Hampshire County Council. As a long-time meditator, the practice of Zen underpins her way of working, which includes spontaneous actions guided by intuition. Here, Suna’s aim is to create works that promote contemplation and an appreciation for the natural world. Suna is currently engaged in a programme of Koan study within the Sanbo Zen tradition. Suna and Simon are married and have three children and two dogs.